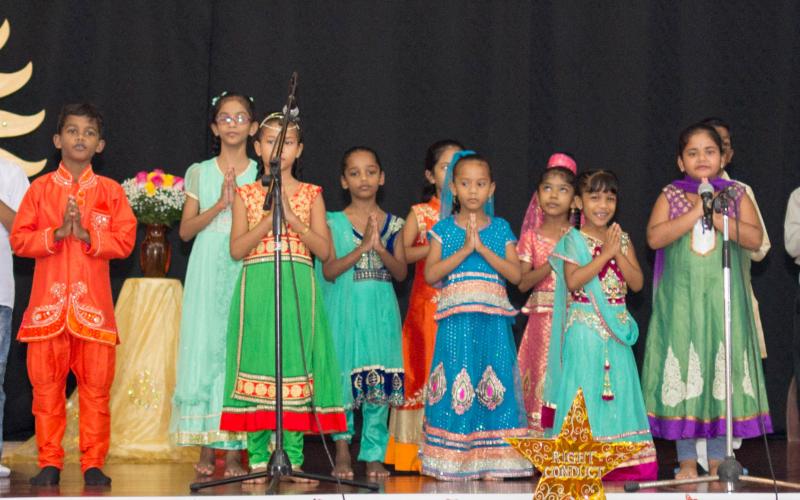 The Sathya Sai International Organisation of Trinidad and Tobago, held its first National
interfaith Program for the year 2019 at the headquarters Sai Nilayam.

The chosen theme was "Unity of Faiths" and represented were the three predominant faiths
of Trinidad and Tobago;

The President of the National Islamic Counseling Services (NICS) spoke on the value of
Peace and Islam.

Representing Christianity was a representative from the Living Water Community who spoke
on the value of non-violence and from the Hindu faith was a member of the Chinmaya
Ashram who expounded on the value of right-action.

A skit on Unity in Diversity and a medley of devotional songs was also presented by the
children of the Sathya Sai Primary school Longdenville as well as the Education in Human
Values (EHV) class of St. Julien Sai Centre.

All of the speakers eloquently shared the teachings of their respective faiths, surmounting it
all to our Beloved Bhagawan's "Love All Serve All".